I am not a fan of dishonesty in relationships--of any sort, big or small. I have always championed the cause of open, honest communication, especially in romantic relationships. A great deal of human misery and suffering in relationships can, it seems to me, be addressed by the simple but nevertheless radical idea that communication is good.

That doesn't mean I embrace the idea of Radical Honesty™, at least not as it often shakes out in the real world. I've written about that before.

But I am no fan of intentional dishonesty, even in small ways. The little white lie? It is not harmless social lubrication. Far from it: It has effects that are farther reaching and more insidious than I think most folks realize.

People who advocate for the little white lie often argue--indeed, seem to believe--that they are being compassionate. The function of the little white lie is to save someone from hurt or embarrassment, the reasoning goes. What is the harm in that? Isn't it cruel to tell a hurtful truth, if there is no purpose to it?

I have oft observed a very strange thing in romantic relationships, and that is good things our partners say to us tend to bounce off as though our self-conception were made of Teflon, whereas bad things have amazing power to stick. If our partner tells us "I think you're beautiful; I am totally attracted to you," it is easy to say "well, he doesn't really mean it," and not to internalize it. But a partner saying "I don't think you look good in that dress" sticks tenaciously, and can haunt us for weeks.

There might be a lot of reasons, but I think one of them is the little white lie.

We live in a society that tells us there are certain things we are "supposed" to say. There are certain lies that we are encouraged to tell--little soothing words that we set up like fences around anything that might potentially be hurtful to hear.

Each of them might, in and of itself, not be that big a deal. Who cares, really, if your partner's butt looks big in that skirt? You're not with your partner because of the size of their butt, after all; it doesn't matter to your relationship.

But here's the thing.

Is it any wonder, then, that positive stuff bounces off but negative stuff sticks? You are establishing a precedent that communicates to your partner, straight up, do not trust positive things I say. They are empty words. They do not reflect the reality of what I believe. So how, given that, can we really expect our partners to trust it when we give them affirmation?

Little white lies are corrosive. They communicate a very important truth: I will be dishonest to you to save your feelings.

When we make a habit of telling the truth all the time, something wonderful happens. We tell our partners, You can believe me. I will not say what you want to hear; I will say what I actually believe. That means when I tell you positive things, I mean them.

A question I hear often is "When I tell my partner things I like about them, why don't they believe me?" And the answer, of course, is that we live in a society that cherishes comfort above truth. We are taught from the time we are children that we should tell white lies, and expect others to lie to us, rather than say anything uncomfortable. That leaves us in a tricky position, because we don't have any way of telling whether the positive words we hear are lies.

Oh, we know we can believe the negative words, because those aren't little white lies--the purpose of a white lie is to avoid discomfort, and negative things are uncomfortable. We trust the bad stuff implicitly. But the good stuff? We have no reason to trust that! We don't know if it's real or if it's a white lie.

So here's a thought. If you want your lover to believe you about the good stuff, give them a reason to. Let them know it's honest. How? By embracing honesty as a core value. What's the harm in little white lies? They create an environment where we suspect dishonesty from everyone. We can never quite be comfortable that anything positive we hear is the truth; there is always--there must always be--that niggling little doubt.

It is very difficult to develop positive self-esteem when we can not trust the good things people say about us. And yet, taking away our trust to believe the good is exactly what little white lies do.

Don't do that. Be compassionate in your truth--but be truthful. 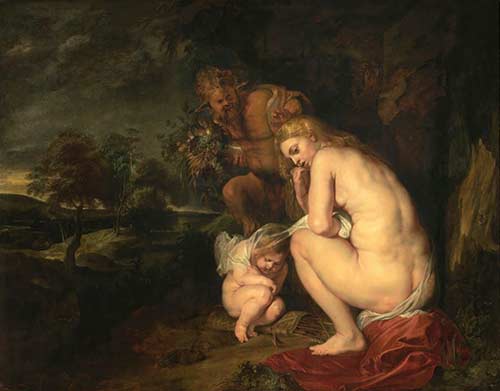 "Does my butt look big in this?"

Inevitably, every time I say little white lies are destructive, whether it's online or at a workshop or whatever, someone always, always says "but what if my girlfriend asks if her butt looks big in this dress? I shouldn't tell the truth then, right?"

Here's the thing about that: Honesty in communication works both ways. It is wrong to give dishonest answers. It is also wrong to ask dishonest questions.

Far more often than not, "does my butt look big in this?" is a dishonest question.

Questions like this are not requests for information. They are passive, indirect requests for validation. They are an indirect way of saying "I am feeling insecure. I want you to tell me that you think I'm attractive." And, of course, they're harmful and destructive ways of seeking that validation, because if you say "no, your butt looks awesome in that," the other person is just going to dismiss it as a white lie. The answer doesn't meet the need for validation, because on some level, the person you're talking to won't believe you. We're all conditioned to know that other people are likely to prefer white lies to honesty, usually under the guise of sparing our feelings.

And if you say "yes, that's unflattering," well, not only have you not offered the hoped-for validation, you've confirmed the other person's deepest fear. These questions are lose-lose: affirmations aren't believed, unpleasant answers cut deep.

"Does my butt look big in this?" It's the most obvious example of an indirect request for validation masquerading as a question, but we ask dishonest questions that are less obvious all the time. Whenever we ask a question expecting to hear a certain answer that validates us, that's a dishonest question.

Honesty is just as important in the questions we ask as in the answers we offer. Dishonest questions are just as harmful as dishonest answers. Indeed, they might be even more harmful, because they set the other person up for failure.

I don't believe they're always a deliberate setup. It can be difficult to tease out all the threads woven into the way we communicate. Sometimes, we ask questions that we believe are honest, but then become upset when the answer doesn't validate us. Sometimes, we tell ourselves we want an honest opinion while secretly longing for the answer that feels best.

But dishonest questions are not fair. They put other people into a difficult bind that offers no easy way out. At best, they are a sign of chinks in our own sense of self; at worst, they're manipulative, immature, or both.

I am a fan of honesty in communication. I would like, therefore, to propose an idea: If you ask a question, be prepared for an answer that surprises you. If you're not prepared for that, it's probably a dishonest question. If you ask a question and then blame the other person for giving an answer that doesn't follow the script in your head, it's definitely a dishonest question.

Relationships do not thrive when everyone is reading from the same playbook of dishonesty, they thrive when people are straight with each other and ask for their needs to be met directly rather than indirectly.

How, then, do we deal with our ordinary human need for reassurance and validation? I propose a solution: direct communication. I'd like to propose that we strive for relationships where we feel safe to say,"I'm feeling insecure about thus-and-such, and I would like your validation." I think that looking within ourselves to understand what we really want, and doing whatever may be in our power to ask only honest questions and to advocate for our needs directly, is a gift we can offer our partner. By offering this gift, we avoid putting our partner in a position where they must either compromise their integrity or hurt us.

I would also like to propose the suggestion that by answering questions honestly, instead of telling white lies, we are offering a gift to our partner: the gift of integrity. This gift allows the people in our lives to believe us more fully, and not dismiss the positive things we say.

Honesty works both ways. We can, and I believe we should, seek to ask honest questions as well as answer questions honestly.